Halloween has become a big deal adult thing over the years. I recall trick or treating when I was young, at that time (it was the 60’s) this was a child focused day. No more. Today I made a stop at a grocery store and quite a few adults were wearing costumes. OK.

We rarely get trick or treaters at our house, likely because it’s on a street that ends in a creek. I think we had 4 or 5 over the 15 years we have been here. When I lived in Glendale, Az I got quite a few trick or treaters. That was in a very suburban neighborhood.

Out on our evening dog walk the sky looked like November. Gray, darkish. 2 days early. 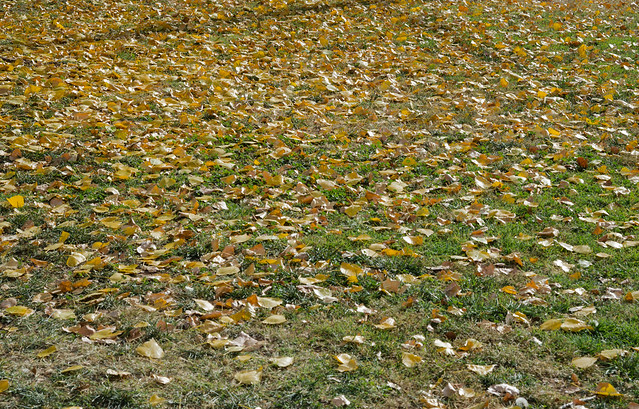 We got flu shots at Costco today. $15 each. Last year I think we paid $25 at a flu shot clinic at a supermarket. One year Gary got charged $40 when he used his health insurance for a flu shot at a drug store.

I’m having difficulty adjusting to the idea of getting an injection at a store. It just seems wrong. This should be done at a doctor’s office. Guess I am a dinosaur. I like to save money, in fact my husband says I’m stingy. I know that pharmacists are highly trained and it is perfectly safe to get a flu shot at Costco or a grocery store.

A friend of ours lost a computer and all contained on it to a ransomware attack yesterday. Interestingly, a week of so ago an episode of The Good Wife tv show had a law firm attacked by ransomware. If you’re unfamiliar with the term, in this attack the victim’s computer has all its files encrypted by the hacker and all the computer will do is go to a web page that tells how to pay a ransom to get the key to unencrypted the computer files.

Our friend did not know how he was attacked. Generally its done by an opening an infected email or visiting a malicious web site. He was not able to recover with antivirus software, and he took the computer to a technician who said he could not fix it and that he saw several pc’s with the same infection. Our friend had a backup external drive which he leaves connected to his computer all the time and it too was ruined.