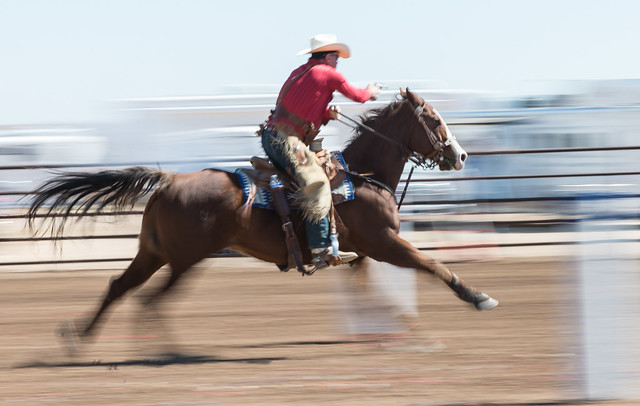 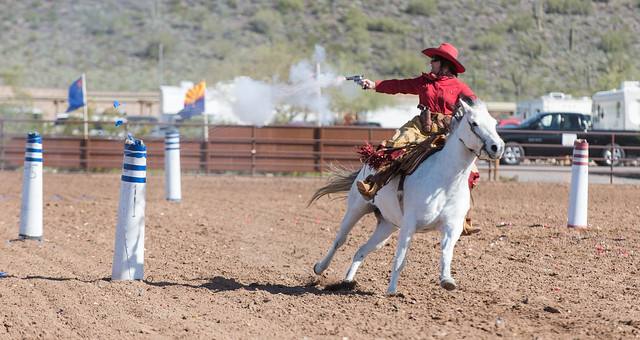 Woman hitting balloon target in cowboy mounted shooter event. You can see the burning black powder from her gun, both the muzzle flash and the burning powder flying at the balloon. This is how they pop the balloons. They fire blanks, no metal projectiles. 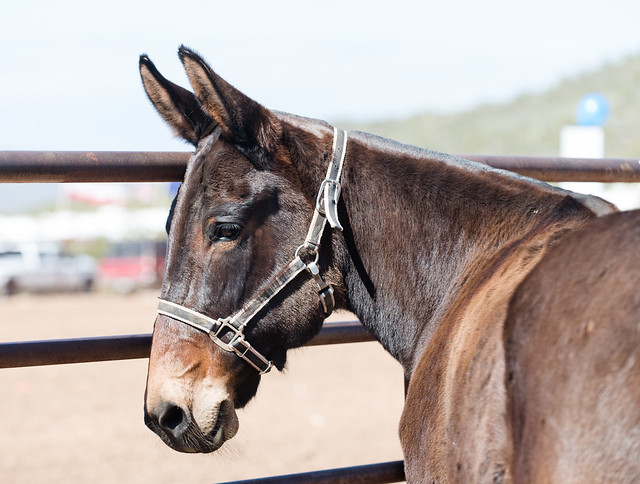 Leonard Nimoy, or Mr. Spock to us baby boomers, passed away today. On my brother’s birthday 😦  He can’t be 83, could he?

Leonard Nimoy, who died on Friday at the age of 83, after succumbing to pulmonary diesease, will be remembered best for his star turn as Mr. Spock, the half-Vulcan, half-human officer, on Star Trek. But his exploits as a hybrid character extended far beyond the USS Enterprise; in addition to acting, Nimoy was a poet, a writer, a sergeant in the U.S. army, a photographer, and a director.