More photos from our sleet storm. Click on any photo for a larger image. 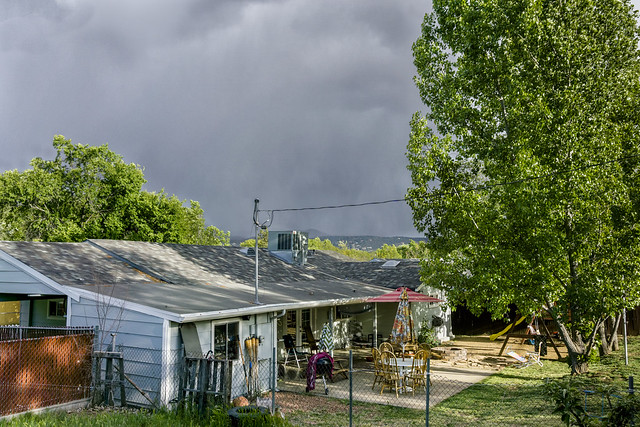 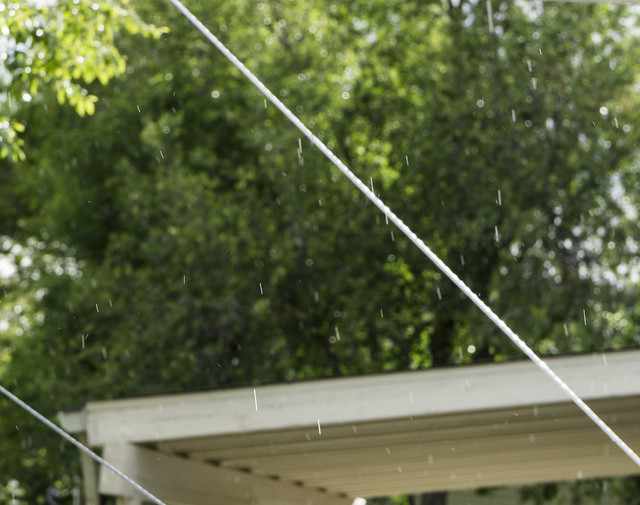 It’s May 8th, Mothers Day is this coming Sunday. And this afternoon was cold, windy, and then sleet fell in Prescott, Az. The white dots you see on this parking lot are bits of frozen snow or sleet. Click on the photo for a larger view. It fell while I was walking my dogs. Brrrr.

Betty, our chihuahua, eats corn on the cob. Betty is quite the eating machine, her feeding habits remind me of a locust devouring a plant.

Fresh sweet corn is a bounty of summer. While it’s not summer yet, sweet corn has become available in our local supermarkets. I shuck the ears, wrap in Saran wrap, and microwave until hot.

MOUNTAIN HOME, Ark. (AP) — An Arkansas veterinarian has kept a dog from going out with a bang after the animal ate 23 live rifle rounds.

The Baxter Bulletin (http://bit.ly/1QoyXHL ) reports that 4-year-old Belgian Malinois, Benno, had surgery last week to remove the .308 caliber ammunition from his stomach.

Owner Larry Brassfield says Benno has eaten socks, magnets and marbles but he didn’t expect the animal would bother a bag of bullets by his bed. Brassfield and his wife realized Benno needed medical attention after the pet vomited up four rounds.

The vet removed 17 rounds from Benno’s stomach but left two in his esophagus, which the dog was allowed to discharge on his own.

Brassfield says he won’t leave ammo lying around anymore but isn’t optimistic that Benno will stick to dog food.

For my non-gun enthusiast readers, a .308 is a high power rifle caliber used for big game hunting and in some sniper rifles.