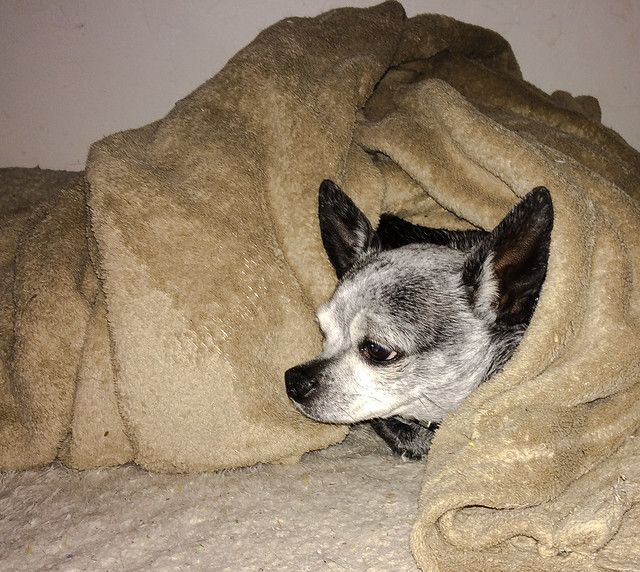 Our chihuahua Betty loves to crawl under blankets, pillows, any kind of fabric. When she first came to live with us we had to make an effort to check for her before we sat down anywhere there was a place for her to burrow into. Now it’s second nature to us.

Saturday night Gary and I went to see Magic Eric perform at the Elks Theatre  in Prescott, Az. We enjoyed the show. This is not something we generally do, it’s “outside the box” for us. We like to try new things from time to time, despite being a pair of dinosaurs 🙂

The Elks Theatre opened in 1904 as the Elks Opera House and a few years ago it was restored to look like the original interior . It’s much smaller than a typical movie theater, more intimate. The magic show was the first performance we attended there. They often have “tribute bands” performing, something I had not heard of until recently.