Vehicles traveling on I-10 in Phoenix have been shot at by a sniper. So far 10 have been hit, maybe 2 more today. So far only minor injuries.

PHOENIX (AP) – Authorities in Arizona were investigating two more possible shootings of vehicles in the Phoenix area, where electronic billboards urged freeway motorists to provide tips on a spate of shootings that have residents on edge.

The state Department of Public Safety said a passenger car’s window was damaged when hit by an unspecified projectile on Interstate 10 Thursday morning. News video showed an intact but severely cracked rear window with a visible indention.

In another incident, the DPS said it was investigating a delayed report of a commercial truck being hit by a bullet. Investigators were near I-10 examining what appeared to be a small hole in the truck’s cargo area.

DPS spokesman Bart Graves said the truck had been making deliveries for hours before the damage was noticed and it’s unclear where or when it might have been hit.

Graves said it had yet to be determined whether either incident involved a shooting. He said investigators were unable to verify a separate report of a gunshot along I-10.

There have been at least 10 other confirmed shootings in the last two weeks, though it’s unclear if they all are connected. Most were on Interstate 10 – one of the main highways through the city – and seven of them involved bullets, with three others involving unspecified projectiles, DPS said. 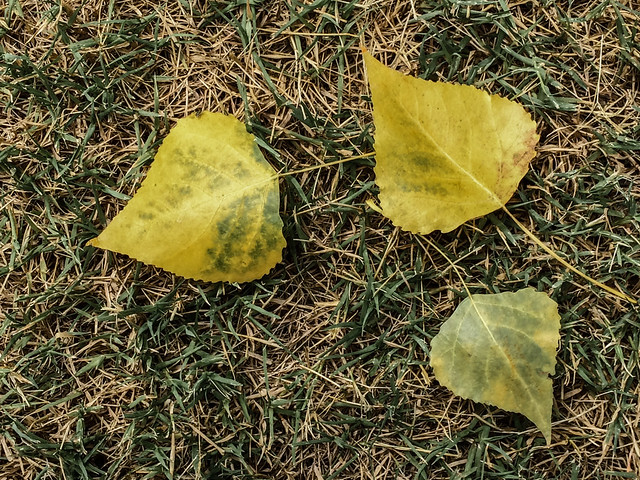 I found a few yellow cottonwood tree leaves in the yard this afternoon. It’s only Sept 10. And there are too many cicadas around to feel like fall. Still, it’s a nice preview of autumn. 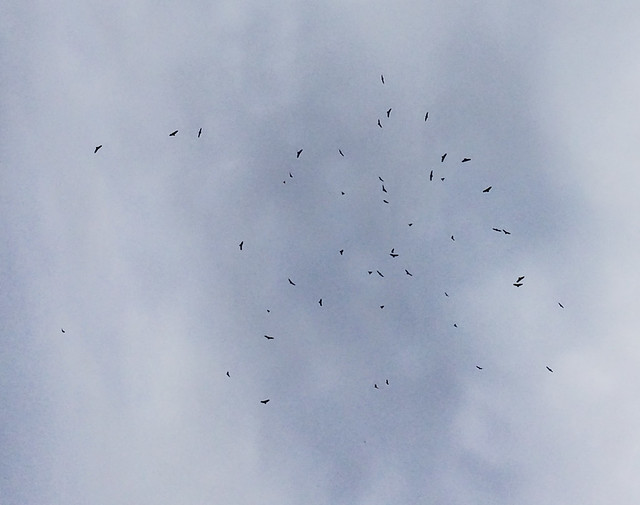 An unkindness of ravens – yes, that what a group of ravens is called. Why, I cannot say.

I was out on my morning dog walk and saw this unkindness of ravens swirling around in an updraft. This was shot with my iPhone so it’s not the best image, but interesting anyway.