An article in our Prescott paper says “Presidential candidates focused on AZ …” Our primary is this Tuesday. It’s a winner-take-all contest.

In AZ and many other smaller population states which tend to vote for the same party consistently, our votes in national elections or primaries don’t count for much. When the outcome is preordained, why even bother? Not this year, at least in the Republican primary. If Trump had won all the big states last Tuesday, he would have had enough delegates to lock in the nomination. But he did not get there. So now AZ votes count. 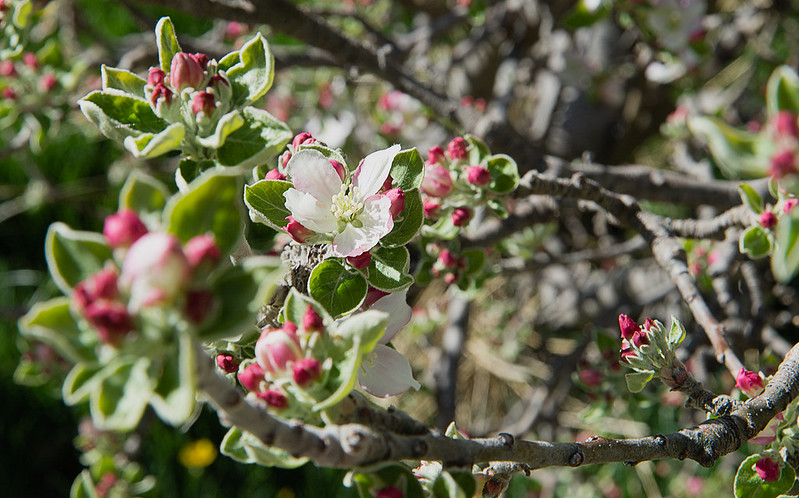 In another sign of spring, some of the blossoms on our apple tree are opening.