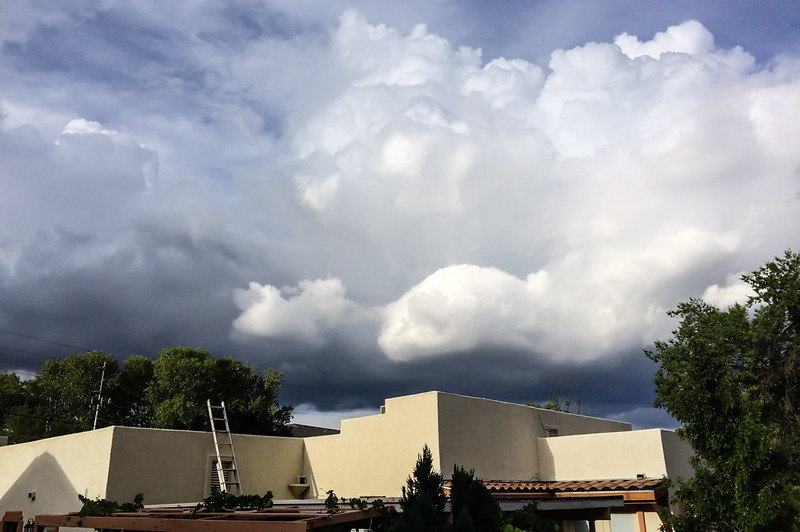 We have been having “real monsoon” weather the past week or so in Prescott Az. Lots of heavy rain, lightning, overwhelming humidity (for Az anyway). The photo is a monsoon buildup over my neighbor’s house. We had lightning later in the evening but I did not get any shots of it.

Yesterday downtown Prescott had some street flooding, a massive storm cell moved through. I was downtown at that time in a meeting with our financial planner Tom Konkowski. At first I thought someone was moving heavy furniture in an adjacent office, but it was thunder. My old Lincoln has no functional air conditioning, so I leave the windows partly down. It got flooded. 😦