There was a Donald Trump rally in Prescott Valley today. It started at 11, we heard people were lining up at 6 am. It was free, but you had to download tickets in advance. The supply ran out quickly. Link to a tweet.

We did not go. Tuesday is our volunteer work day. And we thought it would be a nightmare to get in and out. Prescott Valley closed down several major streets. I feel sorry for people who work in that area which has several major stores, a movie theater, Prescott Valley’s library and city hall. On the other hand, I have never been to a presidential candidate rally so it might have been an interesting experience.

A friend whose husband is on the volunteer Sheriff’s search and rescue team was asked to help direct traffic and do crowd control. If volunteers do it, they don’t have to pay overtime to the deputies and local cops. My friend’s husband declined.

I saw a tweet saying a Clinton supporter was arrested at the Trump rally for getting into arguments with Trump supporters and the police. 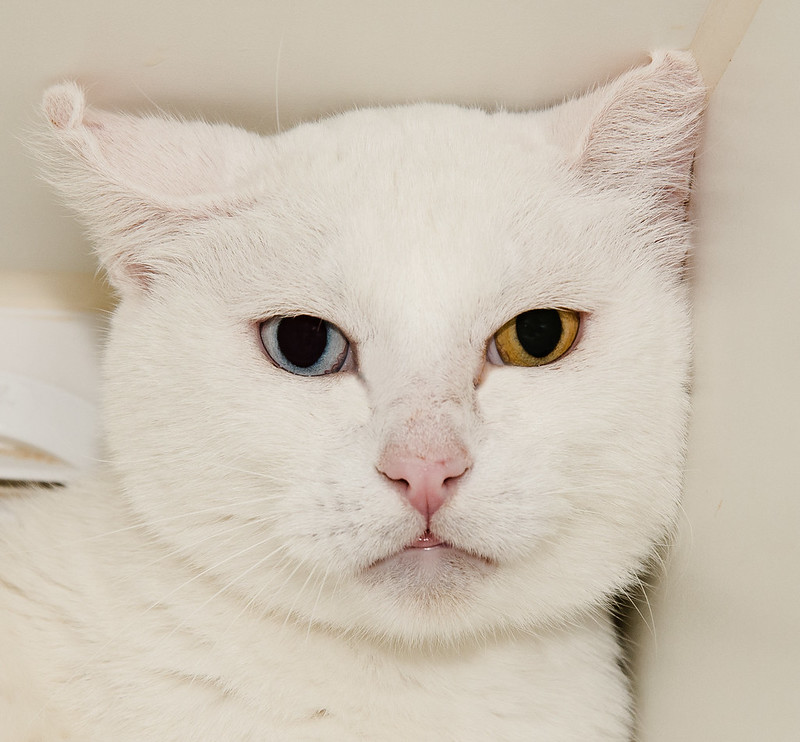 Pablo’s eyes have different color, called heterochromia. He is available for adoption at the Yavapai Humane Society.