In Japan, at the Fukushima Daiichi failed nuclear reactor, robots sent into reactor #2 to get images and other data are failing. There’s too much radiation, and radiation kills electronics. The robots were designed to handle 73 sieverts, but one encountered 530. What’s a sievert? One sievert, the unit measurement for a dose of radiation, will cause illness if absorbed all at once, and 8 sieverts will result in death, even with treatment.

Now, Tepco has admitted that repeated robot failure is hampering its plan to search the bottom of the reactor, and find the estimated 600 tons of fuel and debris that may have poured out of the reactor and into the concrete lining below it. Initial attempts to see into Reactor #2 via robotic probe have all failed. We’ve only been able to estimate contamination levels by checking the amount of interference in the video feed the robot relays. The new hardened robot built by Toshiba and meant to give Tepco a much-improved ability to survey the damage reactor died 5x faster than expected and stalled 10 feet from the grate it needed to inspect.

I read someplace, where I don’t recall, that Fukushima Daiichi is the world’s biggest dirty bomb. Sounds true. 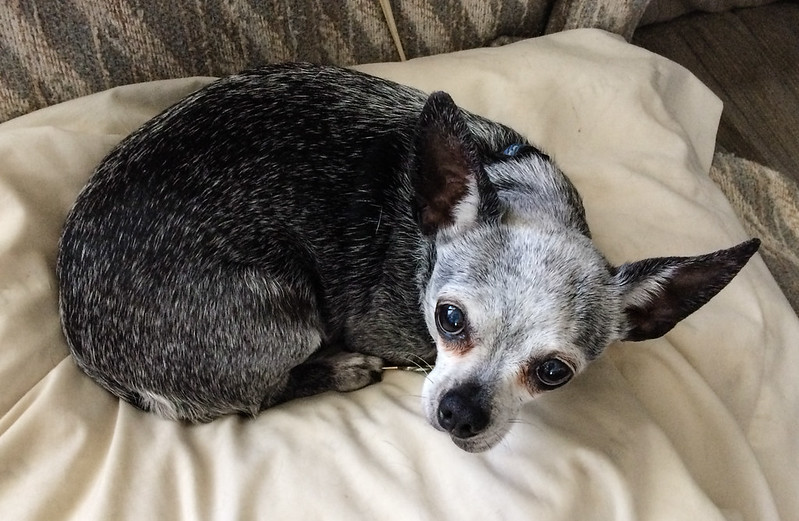 Chihuahua Betty in a pillow on the couch. She has such a hard life …