A scene of both tragedy and heroism unfolded in Texas on Wednesday when cops say a man walked into a sports bar and fatally shot an employee.

But before the suspect could get away, an armed patron of Arlington’s Zona Caliente Sports Bar reportedly drew his own weapon and opened fire on the gunman, killing him.

Cops did not clarify whether a third person who was also injured was a customer or employee of the bar. The person was reportedly injured by shattered glass.

What cops have said, however, is that the quick draw customer may have saved lives.

“[He] prevented further loss of life,” a spokesman for the Arlington Police Department told Dallas News.

The customer, who cops say had a licensed to carry a concealed weapon, had been dining with his wife when he saw the initial shooting. 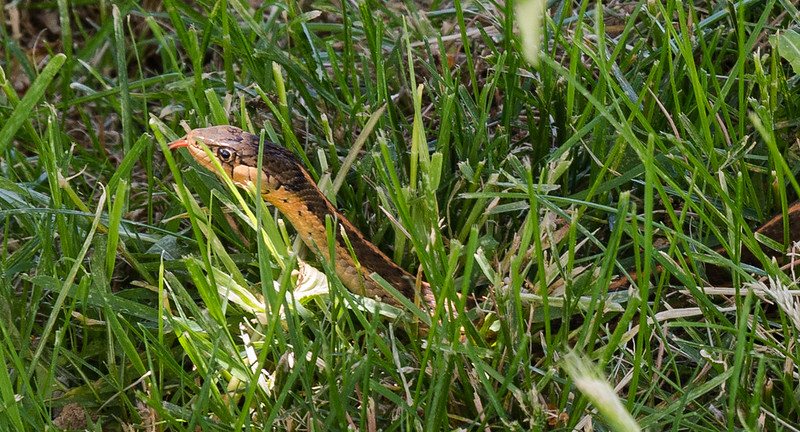 The snakes that share our property are active now. I believe this is a wandering garter snake. It’s about 2 feet long and I saw it under the apple tree, which I had irrigated earlier in the morning. I think it was hunting for insects that were attracted to the water. These are not poisonous. They eat bugs and are welcome to share the yard. Our black lab Shady was very interested in the snake, she did not try to catch it.