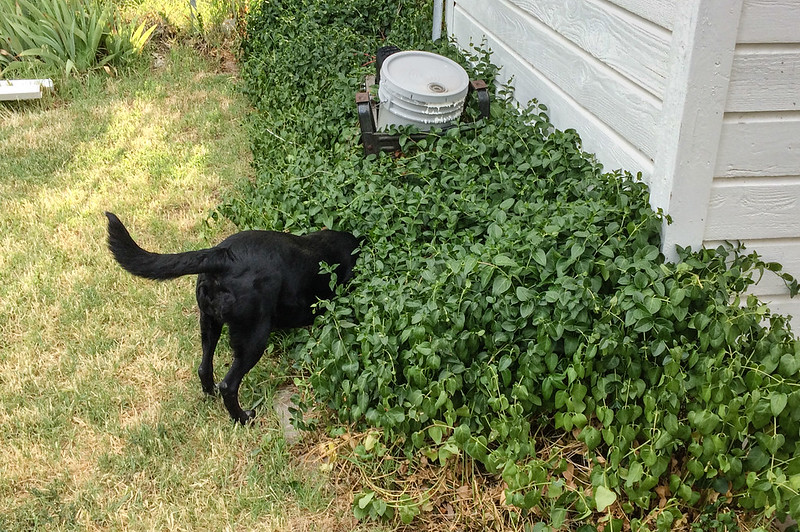 Black lab Shady has a new hobby – snake hunting. We have a population of garter snakes that live in the ground cover by our garage. Shady hears them moving around and wants to get them. A lab is a hunting dog, she has a high prey drive. I hope she doesn’t hurt any snakes. They eat bugs and are welcome in the yard.

Another scientific study showing that dogs and people have some thought processes in common.

The sense of fair play is an important human trait, but new research suggests that it’s a key behaviour for dogs and wolves as well.

In tests, if one animal was given a more substantial reward when performing a task, the other one downed tools completely.

It had been felt that this aversion to unfairness was something that dogs had learned from humans.

But the tests with wolves suggest that this predates domestication of dogs.