Kenosha residents fire warning shots, rioters leave neighborhood. A good example of what to do to prevent harm.

On Monday night, rioters in Kenosha, Wisconsin spread their civil unrest from primarily urban and commercial centers, to residential areas.

And the residents in those areas were having none of it.

Shortly after midnight, a group of demonstrators got in their cars and traveled to a residential neighborhood where they parked in a grassy area across from a row of houses. As they began exiting their vehicles, a homeowner emerged from his house and began firing warning shots at the rioters.

The would-be rioters began to flee as the man fired several more shots.

From the Big Tech is Not Your Friend file.

In the 1970s and 1980s, Robert Bork, Richard Posner, and other neoliberal Chicago School legal scholars set out to overturn America’s antimonopoly regime, targeting the traditional prohibitions on discrimination that common carrier laws had established. Their scholarship later played a major role in the writing of Section 230 of the Communications Decency Act of 1996. In that bill, Congress simultaneously exempted internet platforms from any responsibility to police the content on their sites, and failed entirely to impose on them any requirement to provide equal and just service to all who depend on their networks.

As a result, Amazon, Google, Facebook, and other platforms were free to develop business models that treated every seller and buyer—every citizen—differently. These corporations exploited this license to the fullest, and have used their power to reorganize entire realms of human activity.

The link is a long read. It is the clearest analysis I have seen on how a failure of the federal government to enforce laws, in this case common carrier laws, enabled Big Tech to become a criminal enterprise: https://harpers.org/archive/2020/09/the-big-tech-extortion-racket/

As someone who left NYC in 1973, this does not surprise me. I’m thinking “What took so long?”

We went to Williams, Az to see a team roping event. Lots more images are on flickr https://flic.kr/s/aHsmPVN9EH 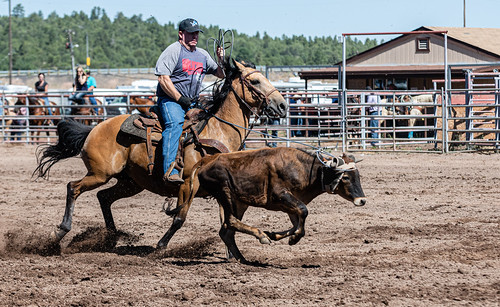 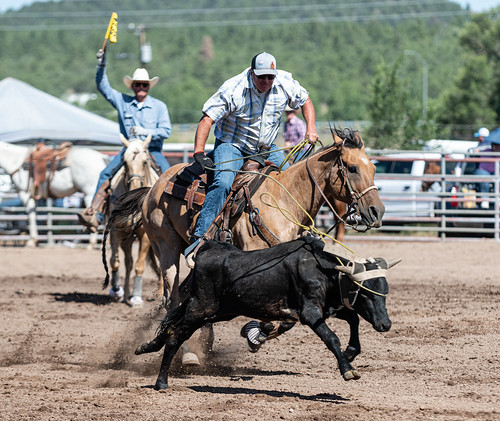 But we should at least be able to agree that face coverings are a great way to defeat the surveillance state—especially now that the U.S. government has conceded that masks confuse the hell out of facial recognition technology.