With apologies to the Chinese animal zodiac, this has beed a year of the rodent at our home. We trapped and released at least 15 squirrels, the most recent yesterday. And now a smaller rodent, the field mice have decided to be our house guests. Uninvited. In the last 4 days we trapped 4 mice inside the house. And on 2 nights our lab Shady,  who has a very high prey drive, has been on the hunt in the house. She chased one around in Gary’s studio, and another by some exercise equipment. I know there is a mouse caught when Shady alerts to the trap.

We don’t catch and release mice. We use the lethal traps. I remember when I was growing up in a tenement building in the Bronx my father used to trap rats in the closet by the front door. He used a large rat trap, sometimes we’d hear it snap shut during the night and we knew he got another rat.

I’ll spare you a photo of a dead mouse in a trap.

Another successful rock squirrel eviction from our Prescott yard! This critter now lives in the national forest out by Thumb Butte. 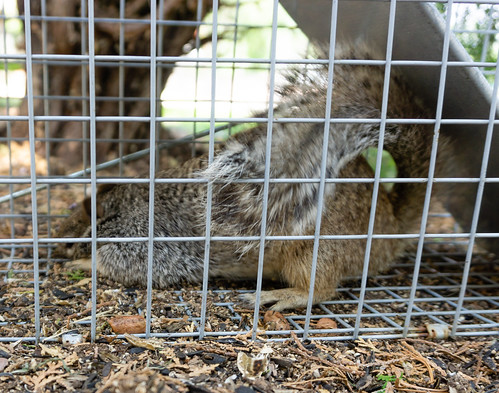 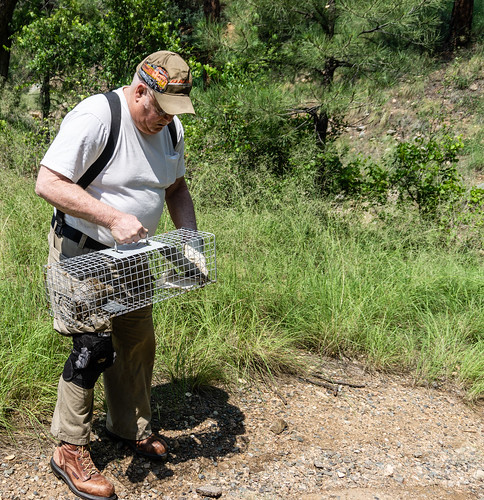 I could not resist posting this 🙂

MERIDIAN, Idaho (AP) — A pet squirrel named Joey prevented a burglary attempt in Idaho last week by scratching the teen suspect when he tried to break into a gun safe, police said.

The unidentified teenager told officers that the squirrel’s attack “scared him, obviously, because he wasn’t expecting to have, you know, a squirrel come flying out of nowhere at him,” said Officer Ashley Turner of the police department in Meridian, a Boise suburb. “So basically he said he took what he could and left as fast as he could.”

The squirrel’s owner, Adam Pearl, said Joey has lived in his house for about six months after he was found in a flower garden by a friend’s daughter when he was about a week old.

He said Joey’s eyes were still closed, and they set an alarm to feed him every two hours 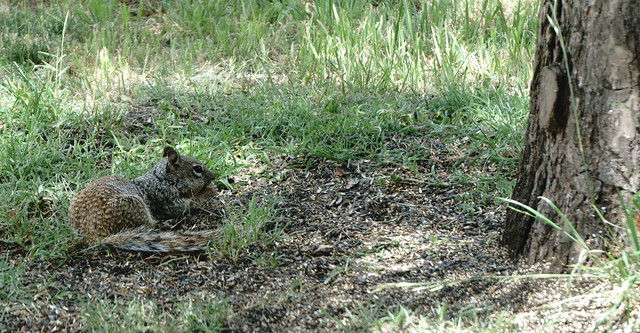 This squirrel is feeding on seeds that fell from a bird feeder.